“Our partnerships with Mr. Kuma and Acumen illustrates that ANA has sought out the input of the most influential voices in the design community for these innovative new cabin designs” 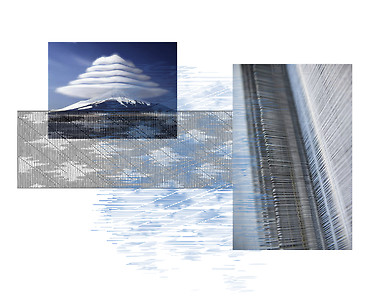 In 2014, ANA chose Acumen to be their design partner for the complete cabin interior design for their long-haul fleet. The project focused on the new buy B777-300ER and B777-9X aircraft. ANA wanted a new innovation in Business Class and a new seat that would set them apart from the competition. ANA also wanted to target more premium leisure customers with a product that had more flexibility and sociability options.

ANA approached Acumen to bring a western perspective to the airline’s design approach and customer experience. With the population of Japan decreasing year on year, ANA’s business strategy and vision is to attract more overseas visitors to fly to Japan. The airline wanted to introduce their new products and services ahead of the Tokyo Olympics.

The work scope included the design and development of seating products for four classes, the galley entrance areas at door 2 and 3, a passenger ‘bar’ area for use by Business Class, and CMF across the entire cabin interior. Acumen supported the programme from initial concepts through every key milestone including FAI and the final aircraft delivery.

Acumen set the initial design strategy for the cabin products and worked collaboratively with Kengo Kuma at several stages in the project. Kengo Kuma had recently designed the ANA lounges in Japan, and ANA wanted to ensure their customers enjoyed a seamless journey experience from the lounge to on-board, which would be reflected in the design. Throughout the cabin design process Kengo Kuma brought his design philosophy to the project – ensuring the design was kept simple, considered, minimalist and free from clutter.

The First Class, Premium Economy and Economy seating work scope was based upon customising an existing seat platform with new features, styling and new CMF. However, at the heart of the project was the design of a new bespoke ‘Blue Sky’ Business Class seat. ANA’s ambition was to introduce a step change to their existing product and create a new Super Business Class product with up-to-date and best in class features.

ANA identified several customer needs and requirements through their own research. They wanted to offer their customers greater privacy and flexibility, and to allow couples to socialise, dine and sleep next to each other, with increased personal storage.

In the initial concept stage acumen developed three unique seating products, and built full size mock ups for review by the airline’s development team. At the same time ANA were approached by Safran Aerospace, who privately showed them a new seat concept called Fusio, which happened to be similar to one of acumen’s concepts. As the two seat concepts were so similar ANA decided to merge the acumen design with the Safran Fusio concept.

Over the coming years acumen partnered with four different seat manufacturers, galley, textile and specialist cabin material suppliers, Boeing, and Kengo Kuma’s team through the design detail and specification of the new cabin interior. Acumen supported the programme further with the creation of marketing assets for the launch including product branding, a VR cabin interior experience, marketing launch and seat instruction videos.

The all-new First Class cabin, features the most significant upgrade ANA has made in this cabin for a decade. Designed with impeccable attention to detail, “THE Suite” is the most spacious fully-enclosed seating ever seen on an ANA aircraft. New features include the addition of privacy-enhancing doors as well as a crystal-clear 43 inch monitor that is the world’s first 4K personal monitor on a commercial airliner. THE Suite also boasts a movable partition which can be adjusted upon request to pair seats, as well as universal PC and USB ports.

The revolutionary new Business Class seat features interlocking forward and aft facing ottomans to create one of the widest seats and beds in the sky. The large flatbed surface creates the ability to lounge or socialise in your own space like no other Business Class seat. THE Room also incorporates flexible privacy with the inclusion of sliding doors and a sliding screen to the aisle. The new seat also has a 4K - 24” monitor.

Entrance and Self Service Bar Unit

Acumen also created a new welcome experience for all ANA customers with an enhanced galley design at door 2. The galleys incorporate welcome monitors on both sides of the galley, enhanced lighting, decorative blinds to cover the galley whilst boarding and a new look and feel which reflects Kengo Kuma’s architectural approach. This approach was also reflected in a new designed self-serve bar unit at door 3 for Business Class customers. The bar features backlit panels that resemble traditional Japanese hand-made paper (known as ‘washi’).

Acumen worked with ANA’s chosen seat vendors to enhance and customise the Premium Economy and Economy seats featuring six way adjustable headrests. Acumen incorporated a new fabric product from Rohi – which uses a non-repeat pattern to give each seat an individual look, and most importantly one part number. We developed digital versions of Japanese patterns to create a story through the fabric – called ‘The Journey’.

The concept starts by capturing the pre-travel anticipation with a modern interpretation of clouds seen in traditional Japanese art – which we called ‘Anticipation & Dream’, it is followed with a tatami mat inspired pattern representing a traditional Japanese ‘Welcome’, an arrow design taken from the Yagasuri pattern to suggest ‘Movement and Travel’, and the end of your journey is represented by falling Sakura (Cherry blossom) pattern which symbolises your ‘Arrival’ in Japan and a time to celebrate life with family and friends.

Acumen worked in partnership with Kengo Kuma to specify every aspect of the B777 aircraft interior. Kengo Kuma brought his vision to incorporate more natural colours, textures and materials into the cabin – with his signature natural woods Japanese Ash and Rosewood. Also, Vals /slate stone inspired tiles in the lavatories and ‘Earth’ organic textured carpet in the premium classes.

As an architect Kengo Kuma’s treated the cabin as a whole, integrating the look and feel of the galleys with the seating and flowing the same materials and finishes into the bathrooms. The result Is a more holistic environment that is seamless and above all feels very Japanese. Acumen worked with Boeing and ANA suppliers to interpret these natural elements into aircraft materials, coordinating across all classes to create a holistic brand experience from nose to tail.